Over his extensive career, Nall has garnered both regional and international attention with a sprawling body of work that includes painting, mosaic, sculpture, etching, costume and set design, and porcelain.

A Southern artist from Alabama, Nall attended L’Ecole des Beaux Arts in Paris in the 1970s. Nall has drawn inspiration from, and studied with, his mentor Salvador Dalí, and throughout his career has also been influenced by American psychedelic art, fauvism, impressionism and Japanese wash drawings. Because of the artist’s sumptuous, beautiful, and Baroque handling of his subject matter, there is often complex meaning to be found hidden just beneath the surface of his visually dense works. To investigate these broad and overarching themes, Nall typically utilizes several techniques, processes and media to create each work. Often starting with a drawing or print, Nall then constructs elaborate frameworks for each image out of driftwood, mosaic tile, and found objects, so that the frame becomes an integral component of the overall piece. Nall’s method blurs the line between the two dimensional lexicon of drawing and painting and the three-dimensionality of sculpture, so that his works become a kind of hybrid through which to best present his ideas. 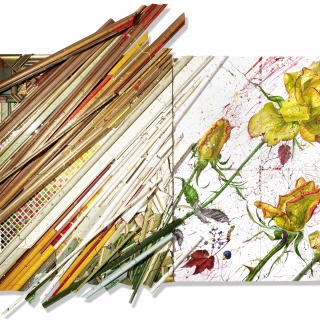 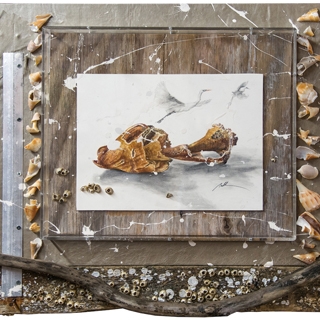 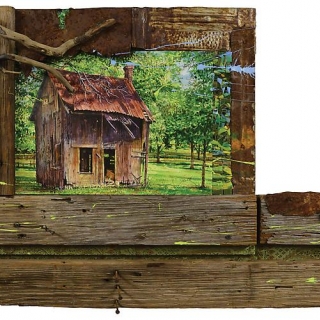 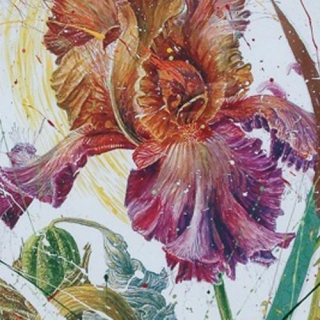 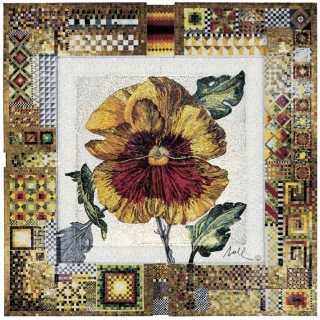