Based in New Orleans, James Henderson’s work explores the concept of memory and the idea of ‘home’ as an emotional space, rather than a physical one. Utilizing found imagery and text as a starting point, Henderson collages and layers his mixed media paintings to create a rich background onto which he often adds the silhouette of a figure, an icon of a house, or colorful drawings of children or shapes. The inclusion of imagery from vintage dress patterns, children's books, literature, and other items from the past become Henderson’s visual language through which to depict the notion of how one’s past experiences, emotions and personal archeology greatly shape one’s identity. 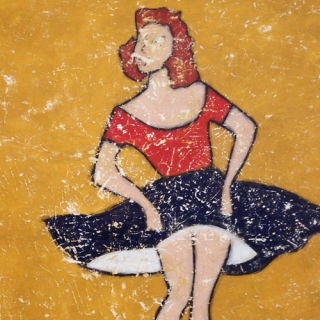 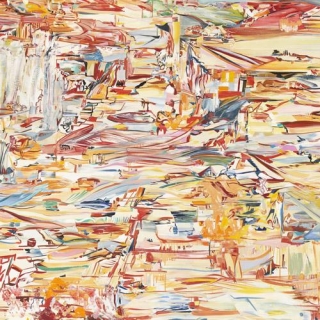 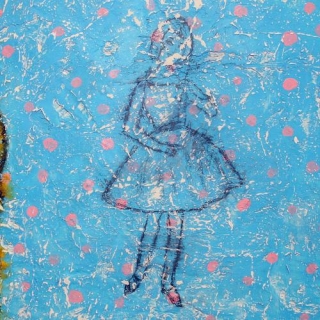 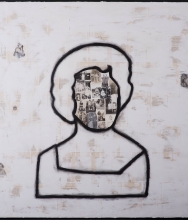