Gustavo Bonevardi’s graphite on paper drawings and stone sculptures can be described as precise, minimal, and restrained. These works are meditative while also achieving a quiet expressiveness. Trained as an architect, Bonevardi’s practice is meticulous and exhibits a structured plan along with a sense of improvisation. His graphite on paper drawings are comprised of thousands of tiny hand-drawn letters that are perfectly positioned so that upon close inspection they stand as individual forms that could seemingly interlock. From afar, however, they unify to become a modulation that delineates the shape of a circle, a geometric form, or an abstraction. Bonevardi’s disordered placement of these letters evokes a fragmented language that creates an interplay of absence, density, and space thereby instigating a sense of memory and loss.

Bonevardi lives and works in New York City and is a graduate of the Princeton School of Architecture. Along with his works on paper and sculptures, Bonevardi also draws on his architectural background when working on his large-scale urban projects. Examples of which include the memorial, Tribute in Light (conceived in 2001 and illuminated each year in New York in commemoration of September 11th) and 10,000 Flower Maze, Shenzhen Citizen’s Plaza, China. 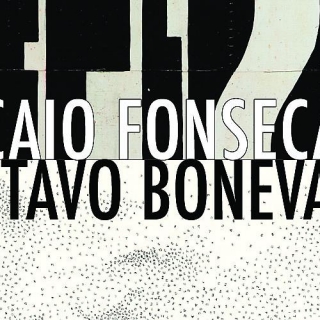